Wang Gungwu (王赓武; 王賡武; Wáng Gēngwǔ; born 9 October 1930), CBE,[1] is an Australian historian of overseas Chinesedescent.[2] He has studied and written about the Chinese diaspora, but he has objected to the use of the word diaspora to describe the migration of Chinese from China because both it mistakenly implies that all overseas Chinese are the same and has been used to perpetuate fears of a “Chinese threat“, under the control of the Chinese government.[3] An expert on the Chinese tianxia (“all under heaven”) concept, he was the first to suggest its application to the contemporary world as an American Tianxia.[4]

In an insightful and captivating lecture, famous academic Prof Wang Gungwu shares his findings and predictions on China and South-East Asia.

A BRIGHT and promising future is in store for South-East Asia with global economic shifts to China and India, said internationally renowned historian and specialist on East Asian and Asean affairs Prof Wang Gungwu.

Prof Wang, chairman of the East Asian Institute at the National University of Singapore, made this bold prediction in a recent public lecture: “South-East Asia will become more central if the economic power moves from the Atlantic to the Indo-Pacific.”

“The centrality of South-East Asia, by being located between the Indian Ocean and the Pacific Ocean, means that more and more countries will pay attention to this region. Its position will become very, very different indeed,” he said.

Maritime trade will be the main force driving the shifts, added the respected academic in his 90-minute evening talk on “Great Powers in South-East Asia and the Fall and Rise of China” organised by the Institute of China Studies of Universiti Malaya and sponsored by Kuala Lumpur Kepong Bhd.

After taking the attentive audience through world history, Prof Wang said the great powers laying their hands off South-East Asia with decolonisation was a great help to China.

“It takes away the major neighbouring threat (of the West) from the coast,” said Prof Wang.

Passage to success: China has used the sea to transport goods cheaply and further, leading to a remarkable economic transformation. — AFP

He said that the whole of Asia has to be economically transformed, with the rise of China and India’s recent economic emergence, coupled with the tremendous economic power of Japan.

“That means the centre of economic dominance is shifting from the Atlantic (which dominated the world for 200 to 300 years) to the Indo-Pacific. I stress on Indo-Pacific rather than Asia Pacific because I want to emphasise the maritime nature of a global open market economy.

“For China, its whole economic development depends on being able to at least kick the sea open for itself.”

Due to its centrality, South-East Asia is going to be important and strategic for everybody, not just China, he declared.

Hence, there is greater pressure on the 10 member states to make Asean really work.

“If the 10 can really work together, think as one and speak as one, it will benefit everyone,” he said.

He observed that while Asean is one of the most successful regional institutions of today, it is still very much a “talk shop” and “has a long way to go” as it lacks a single common purpose.

Asean, with 600 million people that account for 9% of the world’s population, has a combined GDP of about US$2.5 trillion (RM11 trillion) .

In his lecture, Prof Wang talked at length about the features of the Roman Empire, feudal empires, commercial empires and national empires, as well as the various factors that caused China’s downfall before its recent rise.

China’s failure to understand the international law formulated by the West and the importance of maritime power, as it faced the western colonial powers which sailed to Asia to conquer territories and expand their empires, had led to its downfall.

The Middle Kingdom under the Qing (Manchu) Emperor was dismembered by civil wars between warlords, the emergence of new political parties Kuomintang and Communist Party of China (CPC) and the rapid expansion of the Japanese empire.

Concentrating on fighting intruders on land in the 19th century, the Chinese had no naval power to fight the westerners, which resulted in the British taking over Hong Kong and five treaty ports.

“All the time, China was only devoting a small part of resources to defend its coast. It did not recognise the importance of the navy and that the global open market economy was really maritime economy, which was dominated by the maritime trade and defended by a powerful navy,” Prof Wang said.

While CPC leader Mao Zedong did a “fantastic job” in unifying China’s one billion people, he almost destroyed it by reducing the country to great poverty and disarray with the Great Leap Forward.

Deng was instrumental in China’s participation in the international system, joining the United Nations and sending his best talents to learn diplomatic and maritime affairs to deal with the world.

China has since developed what the French, British and Japanese had succeeded in the past, using the sea to transport goods cheaply and further.

As a result, this has led to a remarkable economic transformation in China as seen today, Prof Wang said.
Read more at http://www.thestar.com.my/news/nation/2017/07/23/south-east-asia-to-become-global-economic-focus/#rjzDJ94U3SIVoeym.99 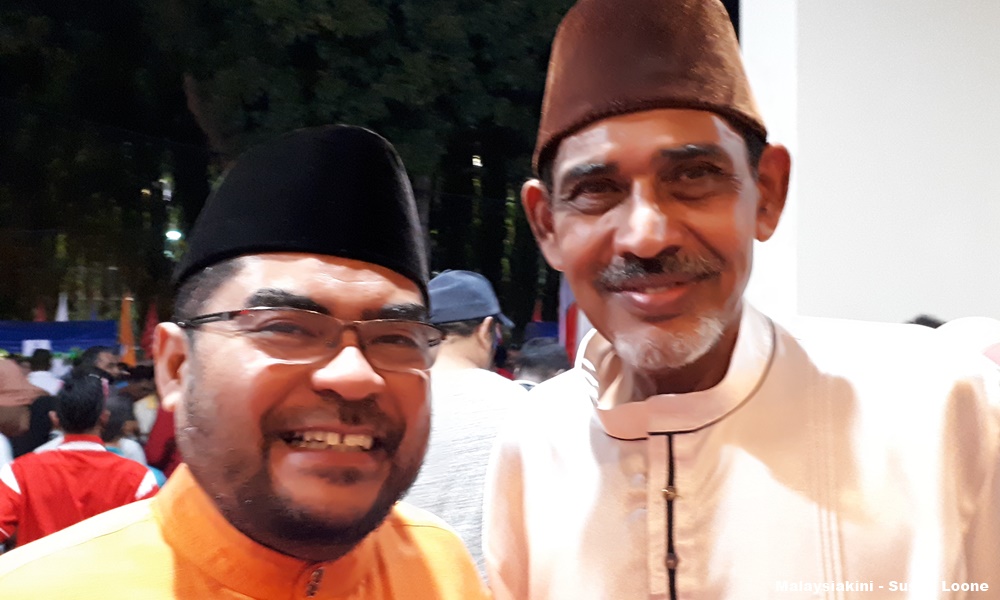 Spotted in his usual traditional baju Melayu and songkok, Salleh Yahya (right in photo), a heritage activist from Tanjong Tokong, told Malaysiakini, “I am here to see the government-in- waiting.”
Salleh, a retired teacher in his 60s, said he harboured much hope in Harapan but the coalition needs to reach out to the Malays in the rural areas to explain to them why they should vote for the opposition and not BN.
“The sad part is Malays in the rural areas are sometimes disillusioned, as they feel that this new Harapan government will be no different from BN. 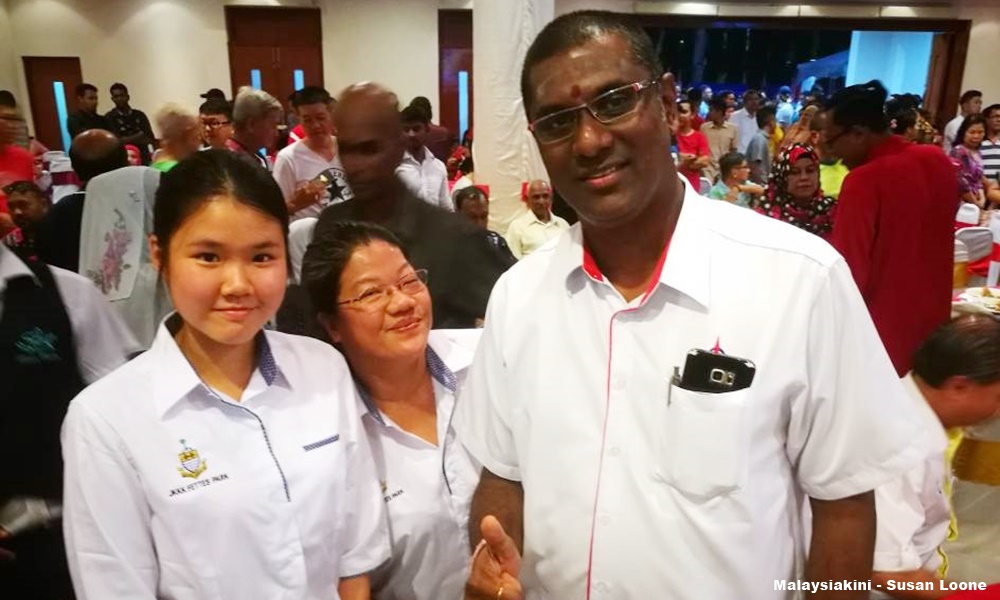 “The policies involving their social economic lives, land, and housing have not changed, people are still struggling and are being asked to vacate their homes for development,” Salleh decried Just 5 kilometers away from Israel border,Russia Sends Missiles as Moscow Prepares for a possible War

PETALING JAYA: Pakatan Harapan is no longer negotiating about seats contested in the next general election with PAS, said Tan Sri Muhyiddin Yassin.

“They have shown no interest in working with Pakatan Harapan so we have to just leave it at that,” he said at a press conference on Wednesday.

He added that Pakatan Harapan is ready for the next general election even if it is called tomorrow.

“It can be tomorrow or it can be next year, the most important thing is that you must be ready and we are,” said the Parti Pribumi Bersatu Malaysia president.

However when asked if seat negotiations within Pakatan Harapan had been resolved, Muhyiddin said such negotiations were still ongoing.

On another matter, Muhyiddin said there is no confusion over the leadership of Pakatan Harapan.

“Their duties are clear and we work as a team. For us internally, it is not confusing,” he said.

Muhyiddin said the leadership was decided by consensus among component parties.

“All our suggestions were considered and the presidential council made a decision, one that was accepted by all,” he said.

Last week, Pakatan Harapan announced that Anwar would be its de facto leader, Dr Mahathir its chairman and Dr Wan Azizah its president.

Ankara has long been angered by the alliance between Washington and Kurdish factions. But a new report exposing secret American bases is a dangerous way to strike back.

ISTANBUL—In the latest display of Turkish anger at U.S. policy in Syria, the state news agency has divulged the locations of 10 U.S. military bases and outposts in northern Syria where the U.S. is leading an operation to destroy the so-called Islamic State in its self-styled capital of Raqqa.

The list published by the Anadolu news agency points to a U.S. presence from one end to the other of the Kurdish self-administration region—a distance of more than 200 miles. The Anadolu news agency even listed the number of U.S. troops in several locations and in two instances stipulated the presence of French special forces.

Turkey has openly criticized the Trump administration—and the Obama administration before it—for relying in the battle against ISIS on a militia led by Kurds affiliated with the Kurdistan Workers Party or PKK. A separatist movement now at war with Turkey, the PKK has been listed by the U.S., EU, and Turkey as a terror organization.

Israeli Prime Minister Benjamin Netanyahu informs the press about his meeting with V4 – Visegrads countries prime ministers, Bohuslav Sobotka (not pictured) of Czech Republic, Hungarian Prime Minister Viktor Orban (not pictured), Beata Szydlo (not pictured) of Poland and Robert Fico (not pictured) of Slovakia in the main hall of Pesti Vigado Cultural Center during a joint press conference in Budapest, Hungary, on July 19, 2017.
As part of a landmark Hungary visit, Israeli premier Benjamin Netanyahu meets leaders of the so-called Visegrad group, whose nationalists stances have increasingly placed them at odds with the rest of the EU. / AFP PHOTO / PETER KOHALMI (Photo credit should read PETER KOHALMI/AFP/Getty Images)